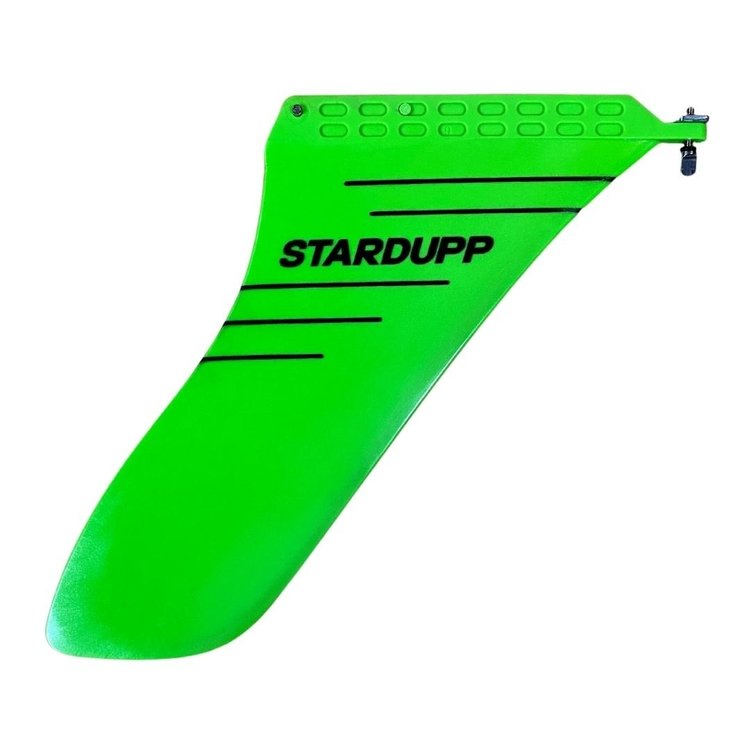 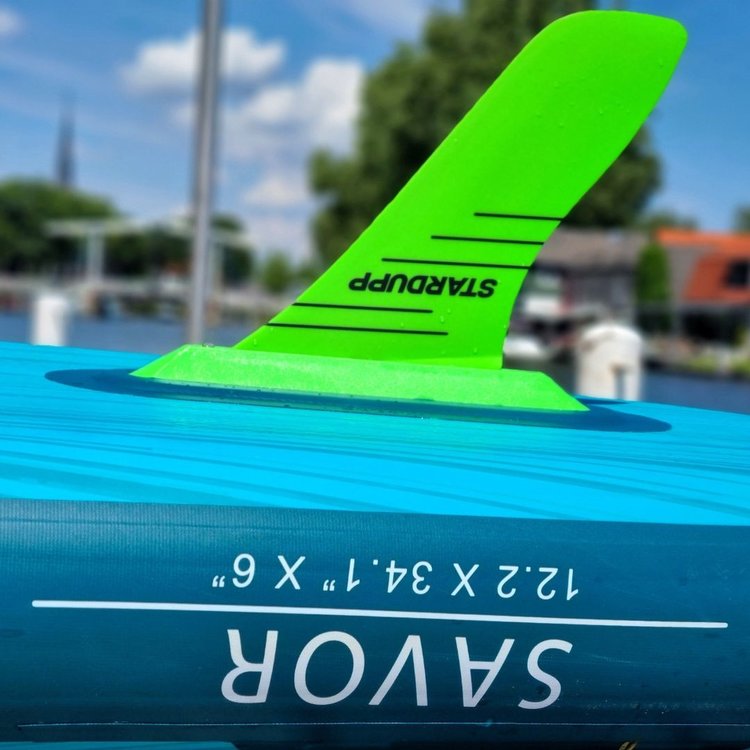 The Stardupp Racing US Fin Green is a US BOX universal fin for SUP. A universal fin for touring/racing activities. When touring and racing, the priority is mainly on sailing in a straight line, so you want a fin that allows the board to follow as closely as possible. A stiff fin with a large surface area, a long base and a long leading edge, is then preferred. This type of fin offers good resistance to the extra force applied by the paddler at higher speeds, making the board follow better.

The Stardupp Racing fin is made of fibreglass-reinforced nylon, which makes it strong and bends minimally. While SUPing, more pressure is put on the sup on the side where you paddle. This force is also applied to the fin, which will allow it to bend slightly. The more the fin bends the more effect this will have on speed and course keeping of the SUP.

To ensure that the drag of the fin remains minimal, the Stardupp Racing fin is equipped with extra foil. The foil is the rounding in the thickness of the fin, the more rounding, the better the water flows along the fin.